Home > What we do > Monitoring procedures

Hong Kong adopts a two-tier police complaints system. All complaints against the Police, irrespective of their origin, are referred to CAPO for investigation. After CAPO has conducted the investigation, it will submit the investigation report, together with relevant files, documents and materials, to IPCC for scrutiny. 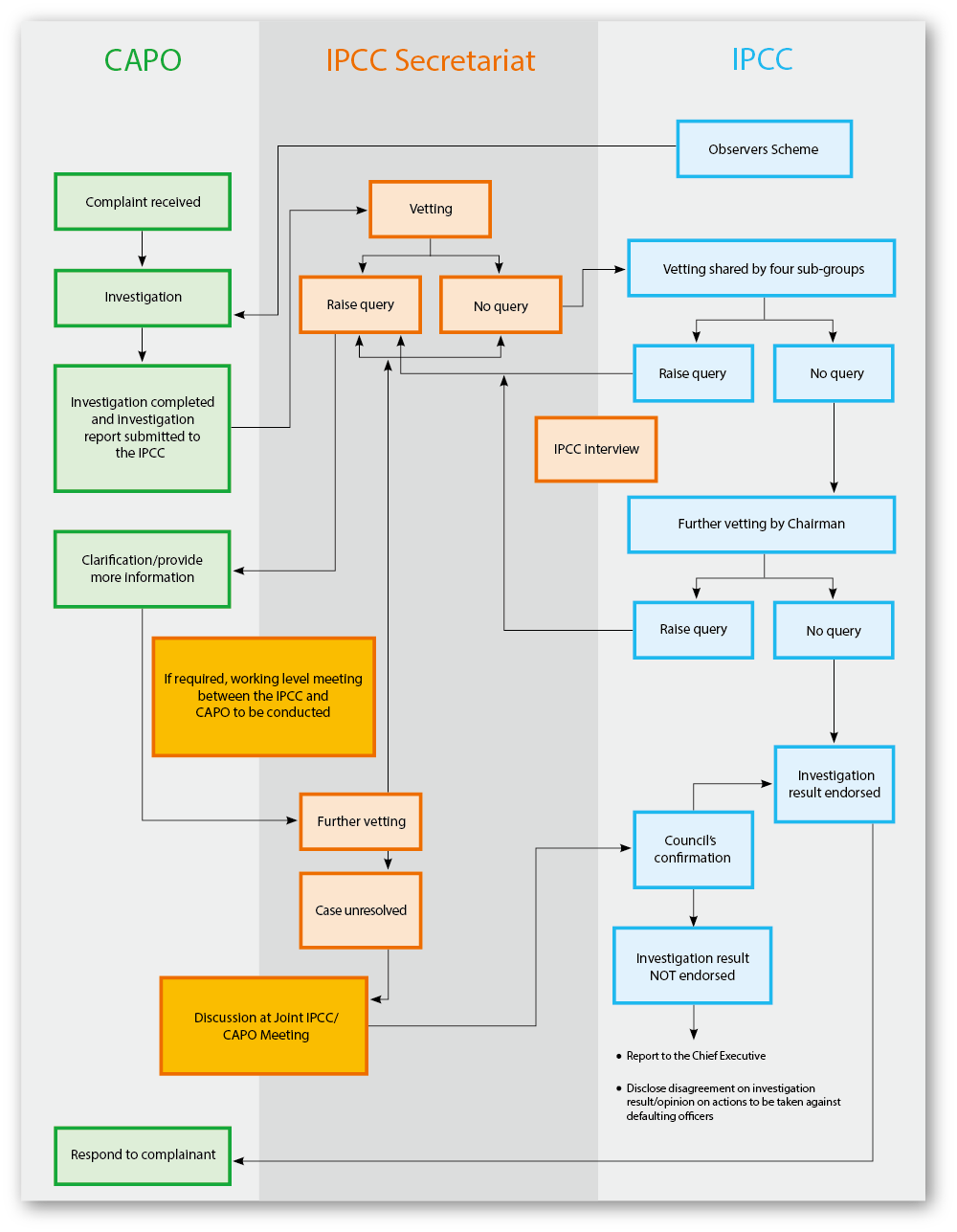 As provided for in the IPCC Ordinance, CAPO has to submit all investigation reports on Reportable Complaints to IPCC for scrutiny. A 'Reportable Complaint' is a public complaint, made in good faith, that relates to the conduct of a police officer while on duty or who identifies himself as a police officer while off duty. The complainant should be the person directly affected by the police misconduct.

However, investigation reports or information on the following complaints will not be submitted to IPCC: